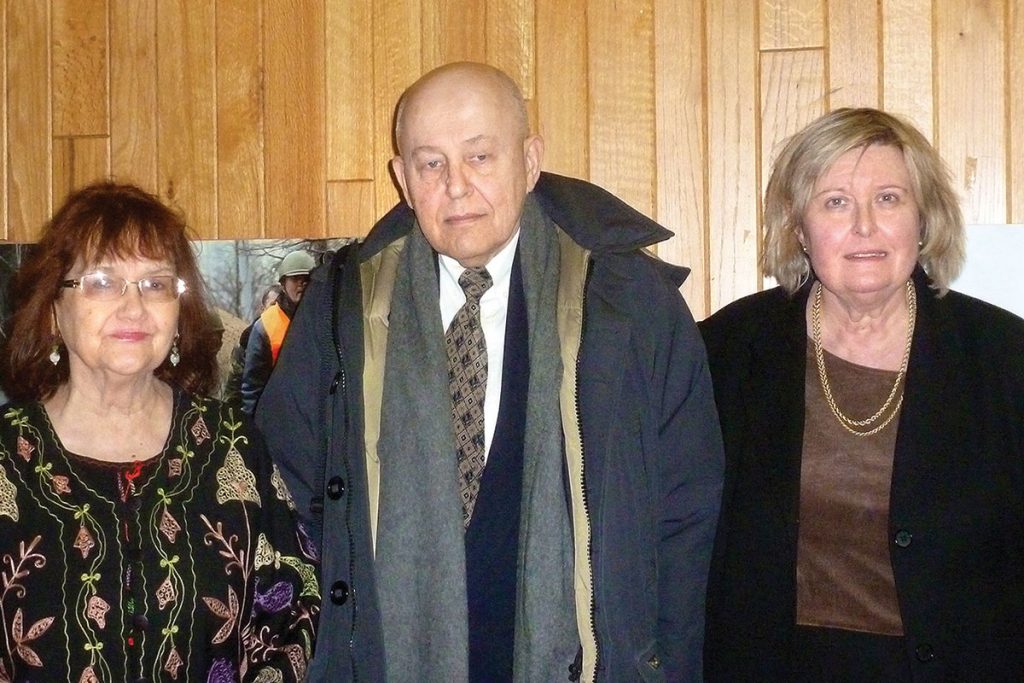 Marked annually in Montreal, the event was opened by the UCC’s cultural chairperson, Bohdanna Klecor-Hawryluk, followed by the guest speaker, historian Prof. Roman Serbyn. Prof. Serbyn read eyewitness accounts detailing events of that day, when the historic, yet fragile union of eastern and western Ukraine was proclaimed in 1919.

He compared 1919 to Ukraine’s current struggle against Russia’s aggression, pointing out how Vladimir Putin is repeating Lenin and Stalin’s tactics in invading, plundering and destabilizing Ukraine, lying to the West and making promises of peace with no intention by Russia of honoring any agreements. Russia is doing all in its power to destroy Ukraine and again expand Russia, Prof. Serbyn  said.

The McGill Ukrainian Students’ Association (MUSA) also participated by displaying a photo exhibit by Kyiv independent press photographer Anatolyi Boyko titled “Maidan,” which portrays the fear and violence during the demonstrations in Kyiv’s Independence Square, as well as visually captures the hopes, courage and passion of the people desiring change. The exhibit was set up by Danylo Ivanski for MUSA and was originally shown by MUSA at McGill University.

Montreal’s “Sviato Sobornosty” was preceded by a few days with a “Free Nadiya Savchenko” demonstration in front of the Consulate of the Russian Federation in Montreal on January 26 organized by Petro Sheremeta, Andrij Govorun of Zustrich-Montreal and the local Committee to Aid Ukraine.

The president of the UCC Montreal branch is Zorianna Hrycenko-Luhova. The next UCC event will be the annual Taras Shevchenko concert to be held on March 8.