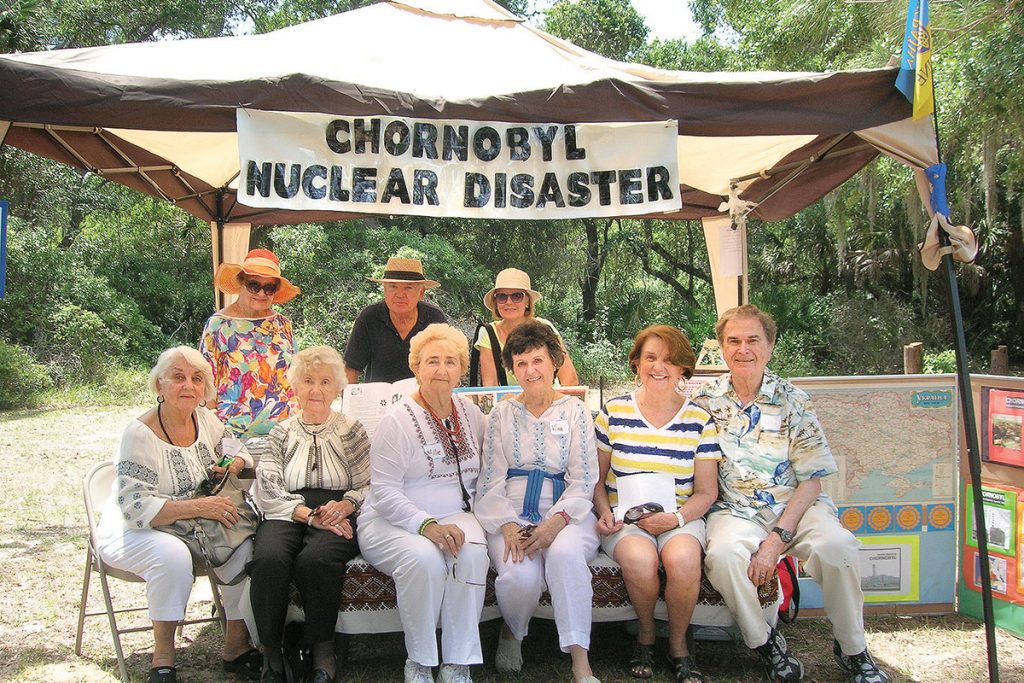 OSPREY, Fla. – The observance of Earth Day at Oscar Scherer State Park here on April 19, included a special exhibit about the Chornobyl nuclear disaster that occurred 29 years ago.

It was organized by the public relations co-chairs Nellie Lechman and Vira Bodnaruk of Ukrainian National Women’s League of America Branch 56 with the help of Dr. Bohdan Bodnaruk of the Sierra Club.

On Sunday, April 26, there were memorial services for the victims of Chornobyl at both Ukrainian churches in North Port, Fla.