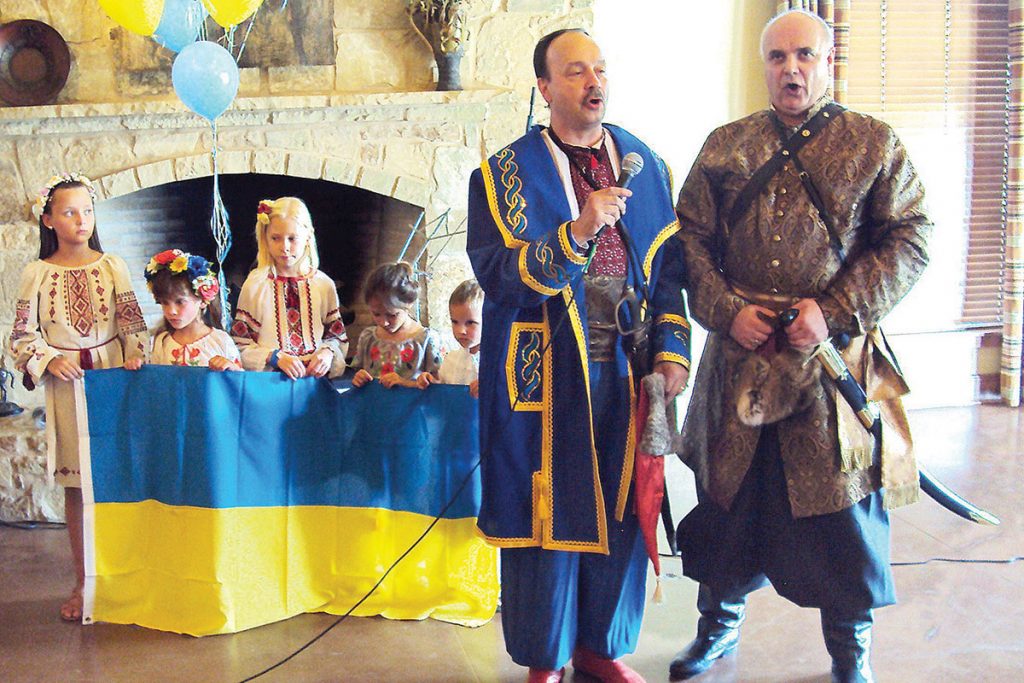 The celebration took place on Saturday, August 22, at the Blackhawk Amenity Center in Pflugerville, a suburb of Austin.

This community is rather interesting in its composition: the great majority are young professionals recently arriving in United States from Ukraine with job offers in the high technology establishment that thrives in Austin. Along with their small children, they are a highly patriotic group.

In contrast to Ukrainian communities on the East Coast or in the Midwest, where for more than half a century Ukrainian events of all kinds were organized and run mostly by the DPs (displaced persons) and their descendants, in Austin the organizers of Ukrainian events are newcomers from Ukraine.