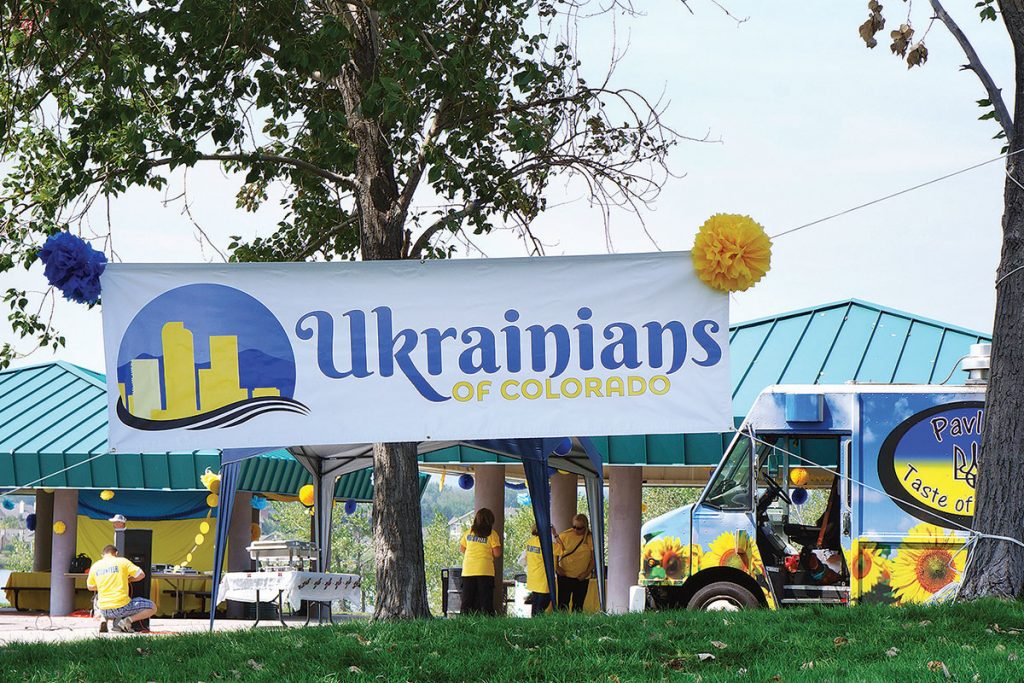 Ukrainian Weekly Editor | The Ukrainian Weekly | Subscription
The organizing committee sets up the pavilions for the celebration with its blue-and-yellow banner welcoming guests. 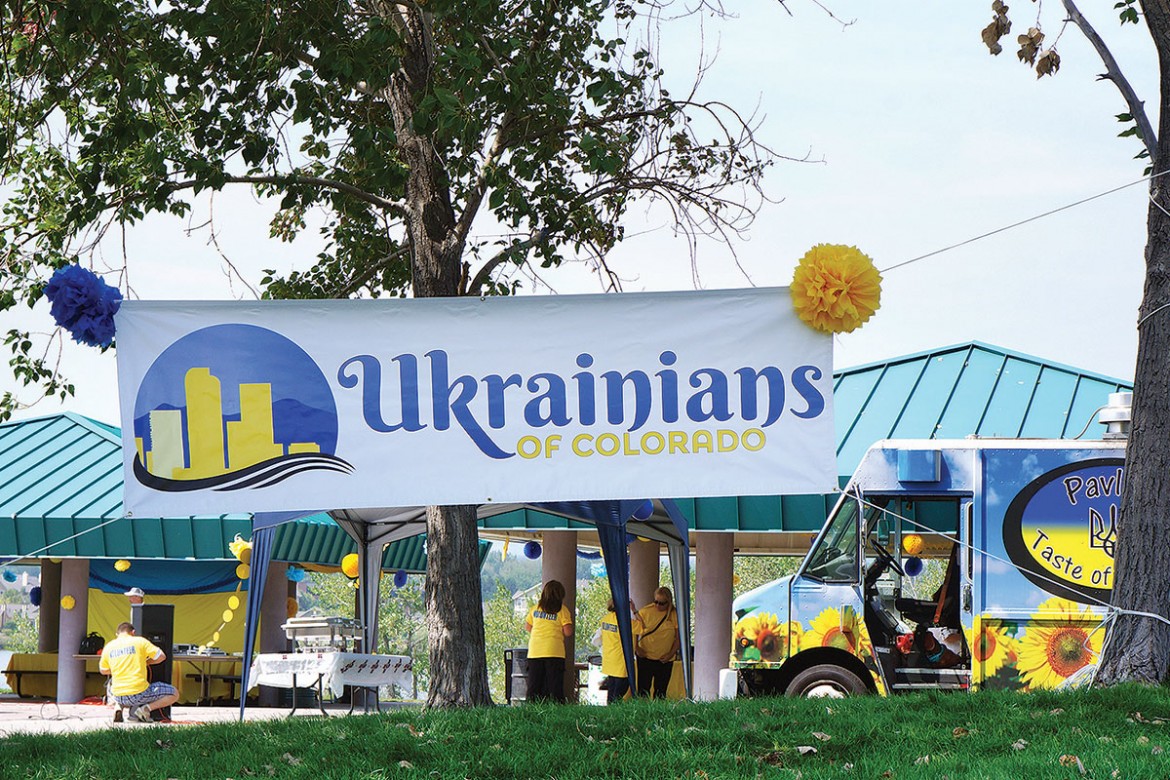 The organizing committee sets up the pavilions for the celebration with its blue-and-yellow banner welcoming guests.

LITTLETON, Colo. – Ukrainians in Colorado celebrated the 24th anniversary of Ukraine’s independence on Sunday, August 23, in Clement Park in Littleton.

The blue and yellow balloons and Ukrainian flags festooned around the pavilions clearly marked the area where the festivities were taking place. Ukrainian melodies resonated throughout the park as throngs of guests dressed in embroidered garb or sporting Ukrainian T-shirts and young girls with wreaths of flowers on their heads milled around awaiting the official opening ceremonies.

There were tents with tables set up for various organizations like the local School of Ukrainian Studies and Plast Ukrainian Scouting Organization to promote their activities and to give parents the opportunity to enroll their children for fall classes. To engage the children during the celebration, there was a painting, ceramics and wreath-making activity. Adults could enjoy a class in Petrykivka painting, ceramics or weaving. Adult classes were offered by American and Ukrainian artists from local art galleries. There were also booths with Ukrainians souvenirs for sale.

The celebration was organized by Marina Dubrova, president and CEO of the Ukrainians of Colorado, a non-profit organization whose mission is to unite all Ukrainians living in Colorado, to foster cooperation among diverse groups, and to promote and encourage support for the Ukrainian-owned businesses.

Father Vasyl Hnatkivsky, pastor of Transfiguration of Our Lord Ukrainian Greek-Catholic Church in Denver, officially began the celebration with a prayer. After the singing of the Ukrainian national anthem and the reading of the proclamation from the governor of Colorado, John Hickenlooper, representatives Iryna Liubianetska from the Ukrainian school, Areta Kolody from Plast, Iryna Shatalova from the radio program “Ukrainian Voice of the Rockies” and Ms. Dubrova spoke about their organizations.

Festivities were intertwined with entertainment by various soloists, duets, humoresques and a children’s dance group, as well as the crowd joining in song. The culmination of the program, however, was a performance by the acclaimed national artist of Ukraine Pavlo Doskoch from Ternopil. His singing truly captivated the audience.

Pavlo’s Taste of Ukraine and Pierogies Factory provided the food for the picnic. Pierogies Factory is a Polish-owned catering business that joined the Ukrainians in the celebration to show their support for independent Ukraine.

All the proceeds from the picnic will be donated to the wounded soldiers, orphans and others suffering from the catastrophic events in eastern Ukraine.