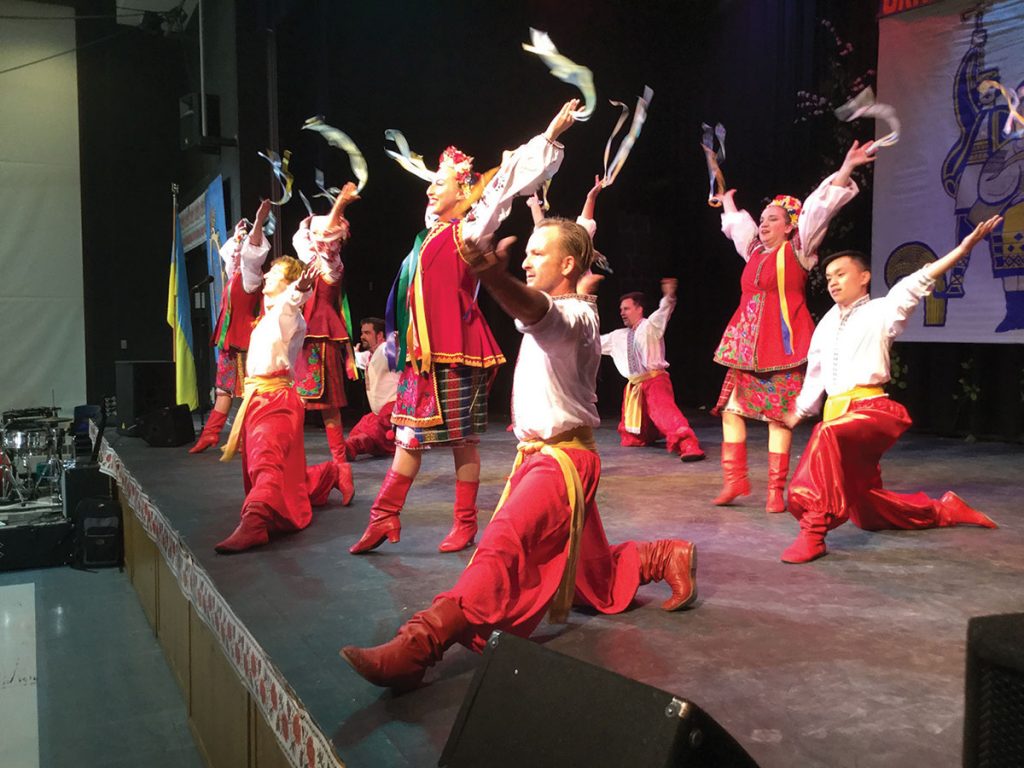 KINGSTON, Ontario – Hosting the annual “Lviv, Ukraine” pavilion at the Folklore Festival has been the work of members of the Ukrainian Canadian Club of Kingston and the Kingston Branch of the League of Ukrainian Canadians for 49 consecutive years, making this one of Canada’s longest-running Ukrainian festivals.

One of the main organizers, Nadia Luciuk, who is also the choreographer of the dance ensembles Maky and Dorest, observed: “This year’s Folklore event [June 8-10] was bigger and better than any in our history – we had almost continuous entertainment on our main stage, great home-made Ukrainian cuisine and several vendors providing souvenirs. We estimate that close to 8,000 guests visited this year – from as far away as Toronto and Oshawa, Montreal, Ottawa and upper New York state. Not only did we raise funds for the orphans of the Ukrainian soldiers who have died defending their country against the Russian invaders but we hosted several special exhibits: on Ukrainian wedding traditions, on Cpl. Filip Konowal [the only Ukrainian Canadian recipient of the Victoria Cross], on Canada’s first national internment operations and on the Holodomor, making this not just a great cultural event but also a commemorative and educational one. And all of the work done over our weekend-long event is accomplished by volunteers, helping us sustain and build our community.”

Ms. Luciuk added that, at “our 50th anniversary event in June 2019, you can be certain we’ll be putting on a really great show.”