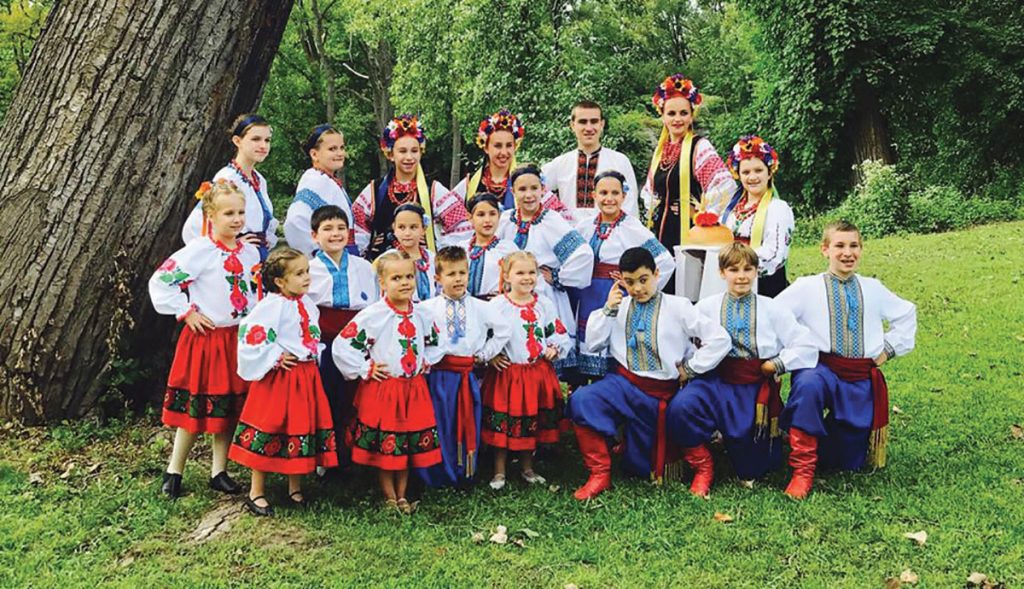 This Saturday, August 25, the Ukrainian community of New York’s Capital District (comprising the cities of Albany, Amster-dam, Cohoes, Saratoga Springs, Schenectady, Troy and Watervliet) staged a festival that the area had not seen for decades.

As the sun shined lovingly on the festivities, over 1,000 people came together on the shores of the Mohawk River, on the grounds of the Ukrainian American Citizen’s Club of Cohoes, to take part in a stirring celebration of Ukrainian culture, through song, food, dance and exhibits, while the children were treated to face and nail painting, prize games, and of course a bounce house! The evening ended with the celebration moving indoors with a “zabava” (dance).

The festivities began with the singing of the national anthems of the United States and Ukraine, both of which were masterfully executed by Rafi Topalian, an Armenian who flawlessly sang “Shche Ne Vmerla Ukraina.”

The community found this fitting, as the first causality of the Maidan uprising was an Armenian, Serhiy Nigoyan.

The artistic program that followed included local performers Alisa Serdyuk and her young daughter Marynka, Roman Karpishka, Peter Reszytniak and the Zorepad dance ensemble, as well as guest groups Korinya Folk Band from upstate New York and the Trio Cherem-shyna from Montreal. Viktor Holovashchenko served as the master of ceremonies. Culminating the festivities was a zabava, with Brattya z Prykarpattya.

In attendance were U.S. Rep. Paul Tonko (D-N.Y.) and New York State Assemblyman John McDonald. Mr. McDonald was instrumental in obtaining a New York State proclamation that recognized the Holodomor as genocide, while Congressman Tonko is a co-sponsor of a congressional bill that will do the same on the federal level.

Dr. Andrij Baran, chairman of the Festival Committee, took the opportunity to ask for signatures on a petition to Sen. Kirsten Gillibrand (D-N.Y.) to co-sponsor Senate Resolution 435, as her colleague Sen. Charles Schumer (D-N.Y.) already has done, that would recognize the Holodomor as genocide.

Through the use of ingenious advertising (for example, buses carrying pictures of huge varenyky), the festival attracted significant numbers of non-Ukrainians who came to participate, swelling the lines at the food tables.