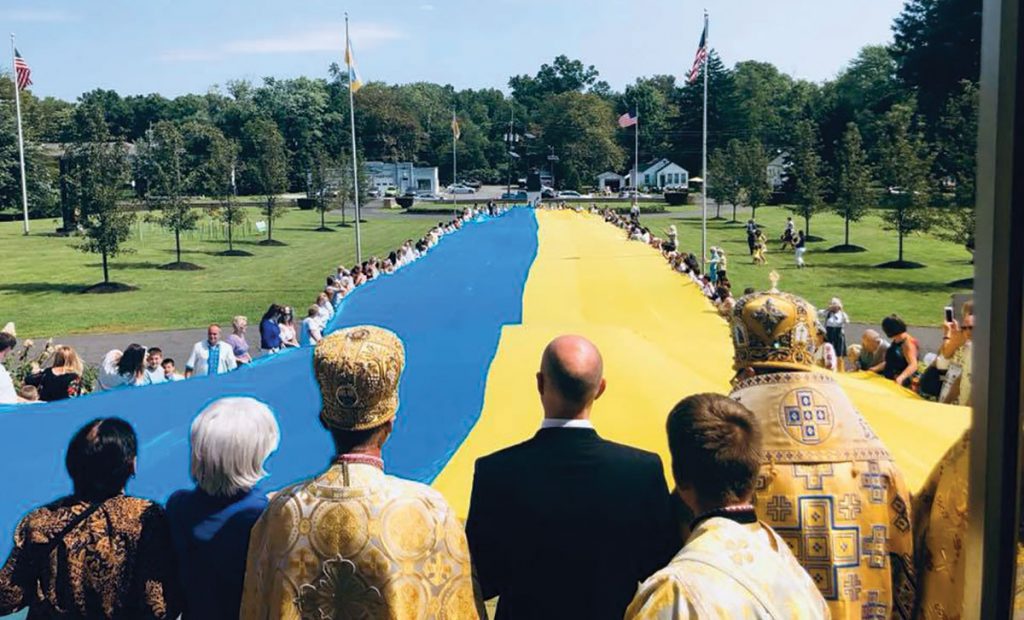 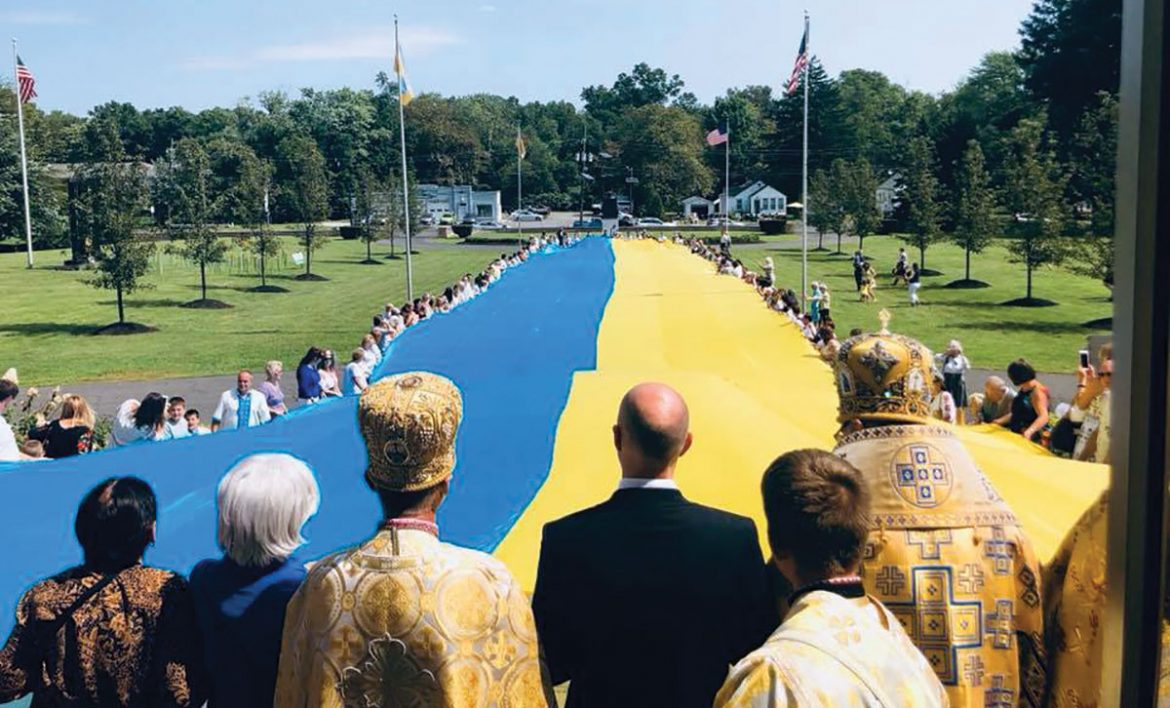 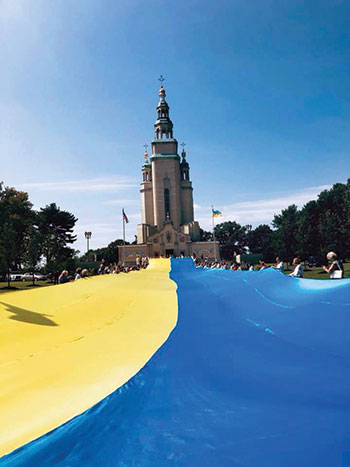 A 290-foot Ukrainian flag was unfurled in front of St. Andrew Memorial Church on Sunday, August 26, to commemorate the 27th anniversary of Ukraine’s renewed independence.  As part of the commemoration, archivist Dr. Michael Andrec of the Ukrainian History and Education Center presented a recording from 1910 – years before Ukraine declared independence – of “Shche ne Vmerla Ukraina,” recorded by Modest Mentsinskyi in Cologne, Germany.