Philadelphia in a flurry of pre-election fund-raisers 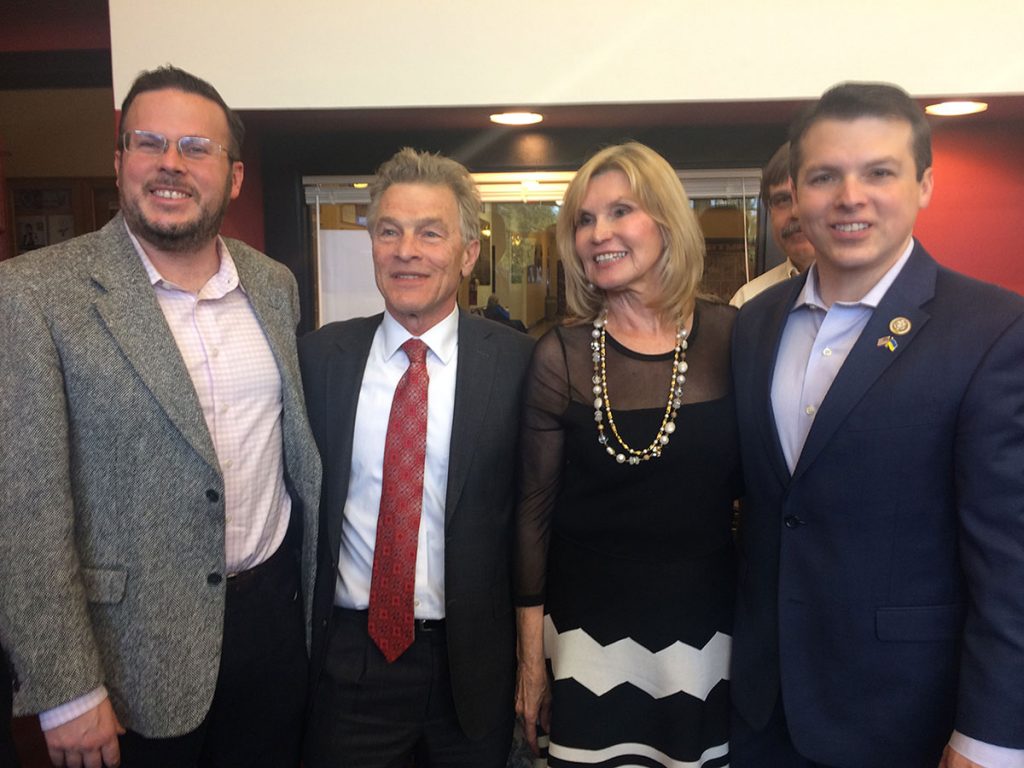 Ukrainian Weekly Editor | The Ukrainian Weekly | Subscription
At the Ukrainian Educational and Cultural Center with Congressman Brendan Boyle (right) are the co-chairs of the fund-raiser Ulana Mazurkevich and Roman Petyk, and Pennsylvania State Rep. Kevin Boyle.

PHILADELPHIA – Philadelphia-area Ukrainians are quite aware of the necessity of supporting political candidates – not only in terms of volunteering in their campaigns but also in organizing fund-raisers to benefit those campaigns.

The mid-term elections for the U.S. Congress have sparked an increased flurry of fund-raisers in the Ukrainian community, where the supporters of both the Democratic and the Republican parties can cross the aisle to support a candidate who they feel best deserves their financial support mainly because of their actions on behalf of Ukraine.

State legislator Madeleine Dean, a Democrat, is running for Congress in a new district that encompasses part of Montgomery and Berks counties. Businessman Dan David, a Republican, is running in the same district as Ms. Dean. Ukrainian Americans have come out in support of both candidates.