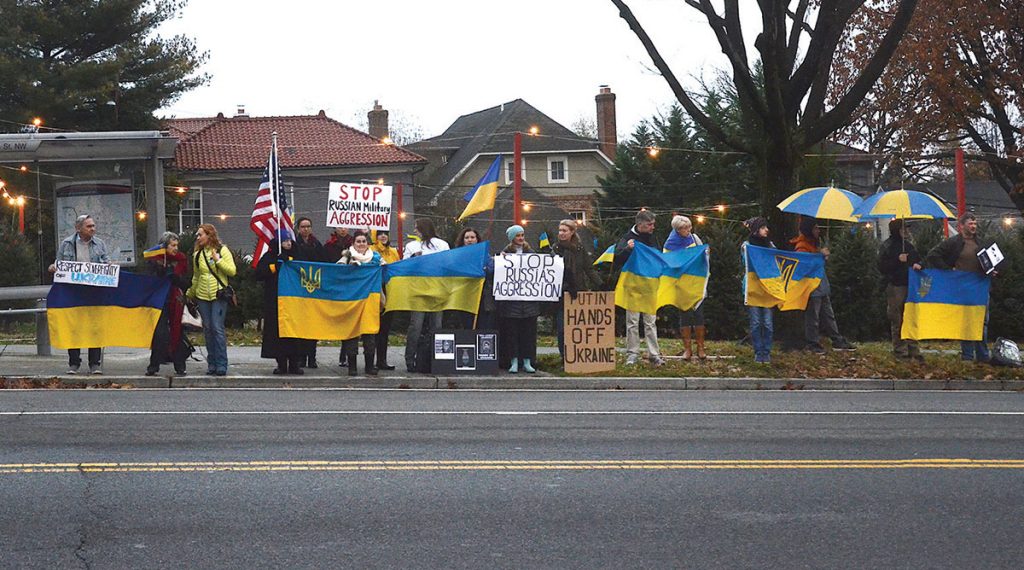 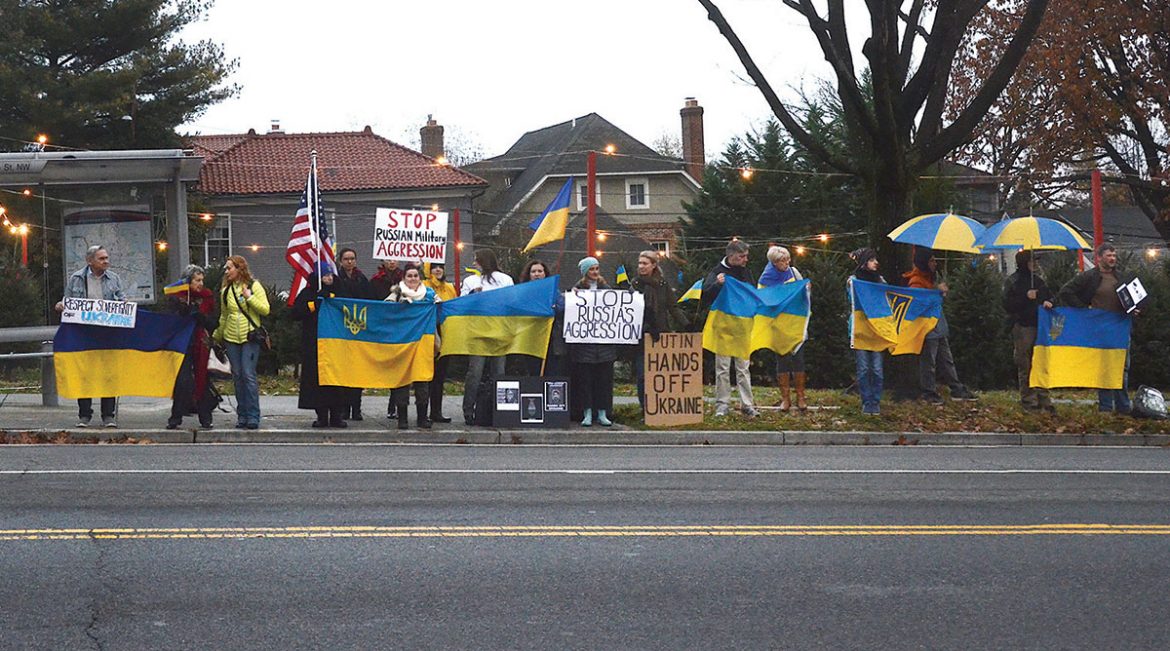 WASHINGTON – Across the street from the Embassy of Russia in Washington, a group of Ukrainian Americans on November 26 protested the most recent military attack by Russia against Ukraine, when two Russian ships fired on and seized Ukrainian vessels in the Black Sea near the Kerch Strait. Organized by the U.S. Ukrainian Activists and United Help Ukrainian, a group of about 25 protesters gathered on the block of Wisconsin Avenue facing the Embassy, which earlier this year had been renamed “Boris Nemtsov Plaza” in honor of the slain Russian political opposition leader. Holding Ukrainian flags and placards calling for Russia to stop its aggression and respect Ukraine’s sovereignty, the protesters chanted “Peace for Ukraine,” “Putin, hands off Ukraine,” and “Glory to Ukraine.”