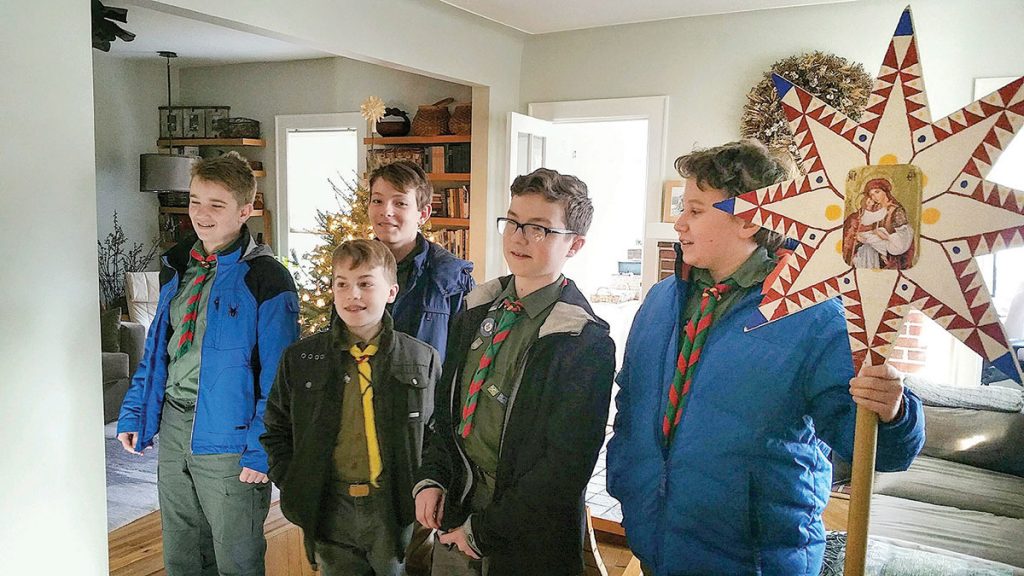 NEW YORK – The New York branch of Plast Ukrainian Scouting Organization had a very busy and fulfilling winter season in 2018-2019, with a visit from St. Nicholas, Christmas caroling, a ski trip and more.

That same day was marked by the annual visit of St. Nicholas. A packed room of cub scouts (novaky and novachky) and their parents gathered to watch the Christmas playlet and eagerly awaited the arrival of Sviatyi Mykolai.

On January 12, the traditional Plast Christmastime event known as “Svichechka” took place. The Bethlehem Peace Light ceremony was followed by the lighting of candles, singing of carols and the sampling of delicious homemade kutia – the symbol of Christmas Eve dinner. The youngest children were officially welcomed into Plast, receiving their yellow neckerchiefs, while the older scouts progressed to higher ranks and received badges. After a short break, the cubs scouts and their counselors went caroling to homes on Manhattan’s Lower East Side.

On January 13 and 20 the older scouts went caroling to 16 different neighborhoods in Brooklyn, Queens and Staten Island. They visited many homes, carrying Christmas stars and instruments, singing Ukrainian Christmas songs and reciting Christmas greetings. The 100 scouts who took part in this Christmas tradition, along with 20 counselors and 15 parent volunteers, were warmly welcomed by all.

On February 10, Plast New York rounded out the season with a Winter Ski Outing to Holiday Mountain in Monticello, N.Y. This year’s event, organized by the Spartanky Plast sorority, attracted over 100 scouts.