Floridians remember the victims of Chornobyl 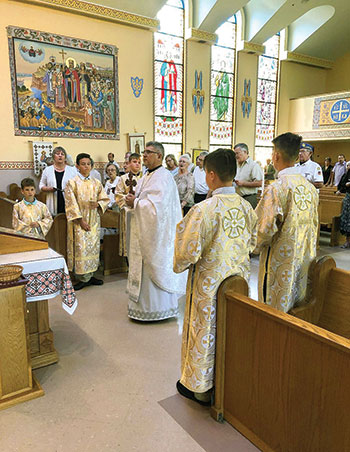 NORTH PORT, Fla. – The Ukrainian community of southwest Florida honored the victims of the Chornobyl nuclear disaster with a memorial service on May 5 at St. Mary’s Ukrainian Catholic Church in North Port, officiated by the Rev. Vasyl Petriv, with five altar boys serving.

The Ukrainian American community of Southwest Florida also remembers the Chornobyl tragedy by organizing exhibits in public libraries and taking part in Earth Day celebrations with a table display of materials about the nuclear accident.