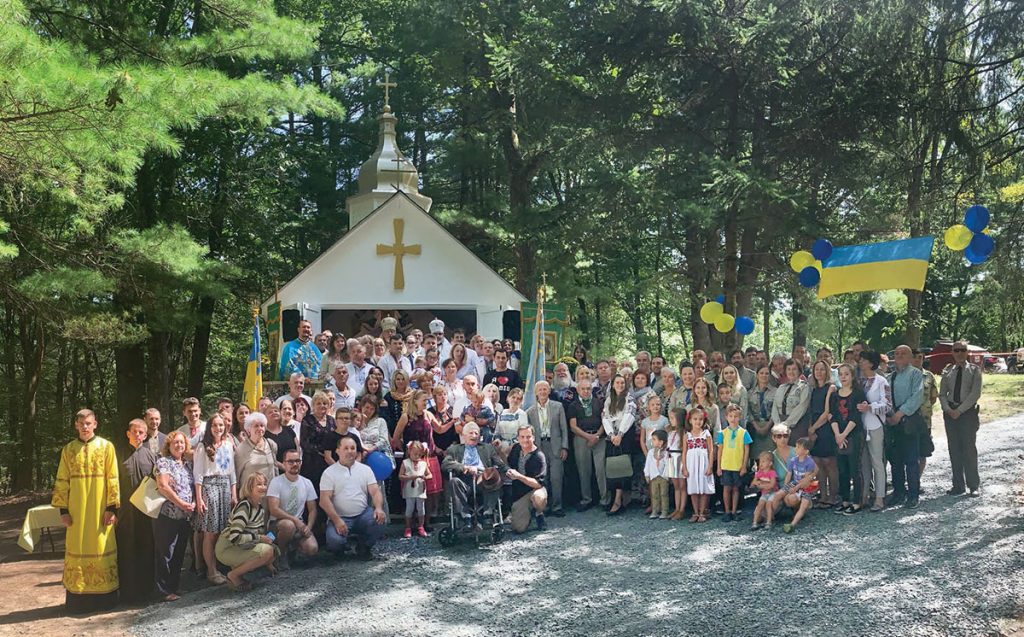 ELLENVILLE, N.Y. – The restoration work at the Dormition of the Birth-Giver-of-God Ukrainian Orthodox Chapel was completed with the final act of re-consecration on August 31 led by Metropolitan Antony and Archbishop Daniel of the Ukrainian Orthodox Church of the U.S.A.

Located on the grounds of the Ukrainian American Youth Association camp, the ceremony and celebration coincided with the Labor Day weekend events.

Archbishop Daniel reminded the faithful of the external restoration that this chapel had undergone and the internal spiritual renovation that is ongoing within each of us – drawing a parallel with a temple of worship and the body as a temple of God – and how it impacts our daily lives and relationships with one another as well as with God.

The volunteer workers, fund raisers and donors were acknowledged for their hard work, and especially noted were the Ukrainian National Federal Credit Union, Ukrainian National Home in Brooklyn, N.Y., and the 41st and second branches of the Organization for the Defense of the Four Freedoms for Ukraine.

Certificate awards recognizing certain individuals and groups for their work in the restoration process were presented by Metropolitan Antony and Archbishop Daniel.

Following divine liturgy, a celebratory picnic was held, during which speakers recounted the history and interesting facts about the chapel and the two-year long restoration process.

Thanks and gratitude are extended to all who participated in the restoration of St. Mary’s Chapel, which will stand for many more years, welcoming the faithful in prayer to God for wholeness and the salvation of souls.