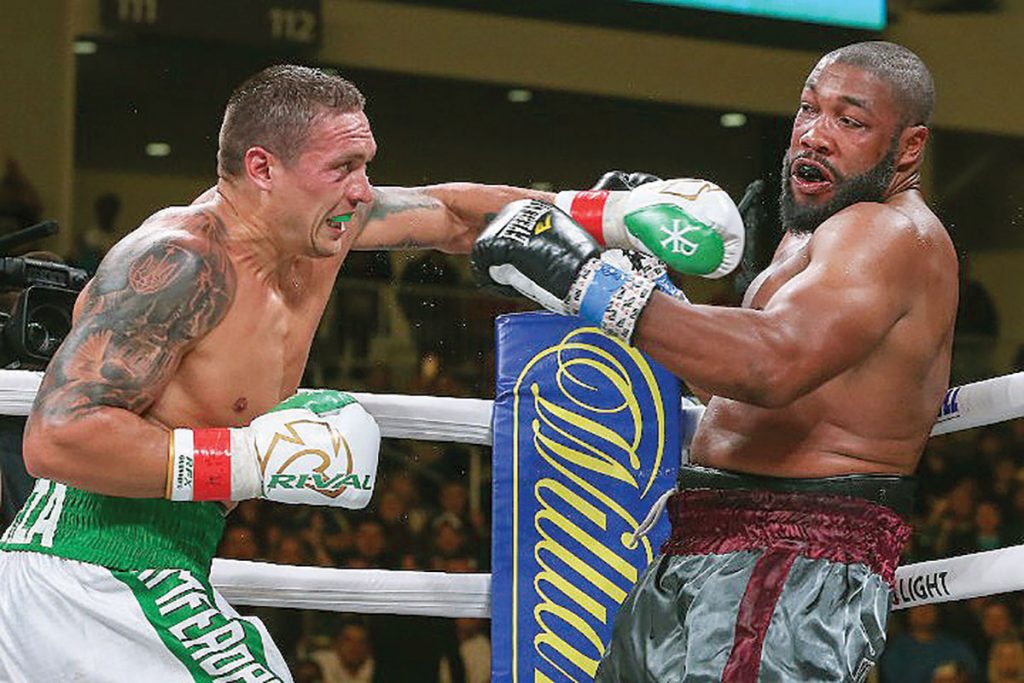 Ed Mulholland
Oleksandr Usyk, in his first heavyweight fight, on his way to defeating Chazz Witherspoon.

Oleksandr Usyk’s first step chasing titles in boxing’s heavyweight division was a successful one on October 12 at Wintrust Arena in Chicago. The former undisputed cruiserweight world champion and 2018 consensus fighter of the year conducted a surgical dissection, methodically breaking down his short-notice opponent, Chazz Witherspoon, with a seventh-round TKO after Withers­poon retired after the seventh round.
Witherspoon replaced Tyrone Spong (14-0, 13 KO) of the Netherlands earlier in the week after Spong tested positive for the banned substance clomiphene. Withers­poon offered little resistance in the bout, playing the role of a glorified sparring partner for Usyk, who was shaking off ring rust after being inactive for almost a year.
The Ukrainian secured his first heavyweight victory on manager Egis Klimas’ 55th birthday.