Ukraine extends quarantine to May 22, but begins lifting some restrictions 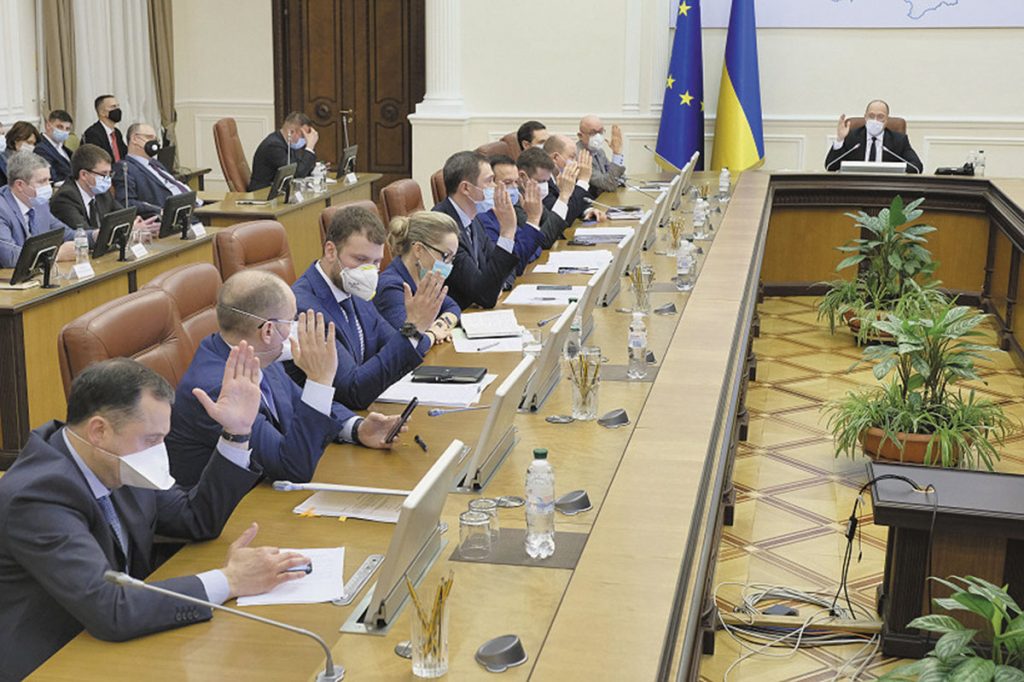 KYIV – The Cabinet of Ministers of Ukraine announced the lifting of some coronavirus-related restrictions beginning on May 11 and the transition to an adaptive quarantine, which will continue until May 22. The announcement was made at the Cabinet meeting on May 4, thanks to what was described as “a stable situation with regard to the spread of COVID-19.”

“The government is primarily seeking to ensure the fast launch of all sectors of the economy that had been forced to halt their activities due to the epidemic. When adopting decisions, we are guided solely by the data of our experts. By their calculations, an early end to the quarantine would mean thousands of new patients. We cannot allow that,” Prime Minister Denys Shmyhal stressed.

“We have had a lot of conversation with business representatives,” said the prime minister. “We are well aware of their needs and the demands of business, and today we have summoned an extraordinary meeting during which we are planning to adopt a draft resolution at the request of business, as it takes time to prepare for safe working conditions,” stated Mr. Shmyhal. He informed the public that as of May 11 parks, squares and recreation areas will be open for visitors. Also, beauty salons and hairdressers will be allowed to operate, but on condition of abiding by specific rules.

Many of the restrictions that had been imposed by the authorities in Kyiv have been ignored in some Ukrainian regions for the last week. Local authorities had allowed the operation of beauty salons and hairdressers, and had permitted coffee-to-go and take-out service in some cities weeks earlier. In some places, that has led to a conflict between local officials and the central authorities. (Read more about protests against coronavirus-related restrictions and the public confrontation between the mayor of Cherkasy and the government in Kyiv on page 3.)

Even in those cities where local authorities didn’t ease restrictions, the police stopped patrolling and preventing people from crowding and walking outside without masks. Life has returned to Ukraine’s streets, and it is easy to see the difference between the emptiness of Kyiv a month ago and the many people walking on the capital’s streets today. Parks were to be opened after May 11, but they were freely operating a week before then.

On the first day of the restrictions imposed more than a month ago, six policemen stopped this writer at the entrance to his local park. Now it’s rare to see police patrols, and the same park is full of people jogging or even having picnics.

At the same time, however, Ukrainians are demonstrating a consciousness about the pandemic and mostly stay home, even though there’s almost no risk of being fined by the police.

Still, the time has passed when entrepreneurs did not know if it was even legal to operate. Catering institutions will be able to provide take-out service, open-air cafés and restaurants included on the state register of market operators will be allowed to open. “This is an essential reference and a lever of control,” said Mr. Shmyhal.

He also said that wholesale and retail trade in non-food items, excluding entertainment and food areas as well as kids’ play areas in shopping centers, will be permitted. “Public service institutions will also get permission to operate according to certain criteria. Museums, libraries, the training of athletes on national teams and individual training as well. Dentists, auditors, attorneys, notaries, home appliances repair services. Criteria for all these will be adopted. The resolution will be published, and businesses will be able to see clearly in what areas we are planning to reduce the quarantine limitations as of May 11,” the prime minister explained.

Meanwhile, Mr. Shmyhal reminded the public that Ukraine is still on lockdown: “Until May 11, we ask Ukrainians to obey the rules. These are not only the requests of the government but also of our doctors, who are actually on the frontline. It is critical to ensure the correct process for a quarantine exit.”

Another critical decision of the last Cabinet meeting was to allow elective surgery and planned hospitalizations in Ukraine, all of which were postponed due to the coronavirus. Minister of Health Maxym Stepanov announced this at his daily briefing. “As you know, during the quarantine in our country, elective surgeries were canceled, including the hospitalization of patients. We now need elective surgeries; these will be surgeries necessary for high-risk patients,” he noted. The minister further explained that all patients will be required to undergo testing for the coronavirus to prevent the contamination of health workers.

President Volodymyr Zelenskyy has been making regular addresses to the nation during the pandemic. In his May 4 address, he said: “Look at the statistics of the countries that either did not introduce quarantine measures or made them mild. The result is thousands of deaths and tens of thousands infected every day.”

“Yes, there is a negative impact of quarantine on the economy,” he continued. “The losses from it are painful. But the potential losses from high morbidity and mortality are catastrophic. According to research, the complete cancellation of the quarantine will have shocking consequences. If we return to the usual rhythm of life tomorrow, it is potentially 120,000 more deaths by the end of the year. This is why quarantine mitigation cannot be premature. It will be phased, and the first mitigation will take place on May 11.”

“Current statistics now give us hope for the future. However, the situation could have been different,” President Zelenskyy said, pointing out that Ukraine is 35th on the list of countries with the most significant number of coronavirus-infected people. “We could have had not 12,000 but 200,000 infected. There are two reasons that critical scenario was avoided. The first is measures taken in time. Tough, but, as time has shown, correct. The second reason is the caliber of our Ukrainian doctors – their professionalism, courage and dedication on the frontline of the struggle against the coronavirus,” Mr. Zelenskyy said.

“The Cabinet of Ministers is currently in the first stage of the quarantine extended until May 22. But it is most likely, based on the World Health Organization data, that the quarantine will be continued with further stages of easing when the situation in the country allows,” Prime Minister Shmyhal told Ukrainian Radio after the most recent Cabinet meeting.