Back to Ukrainian school in New York City 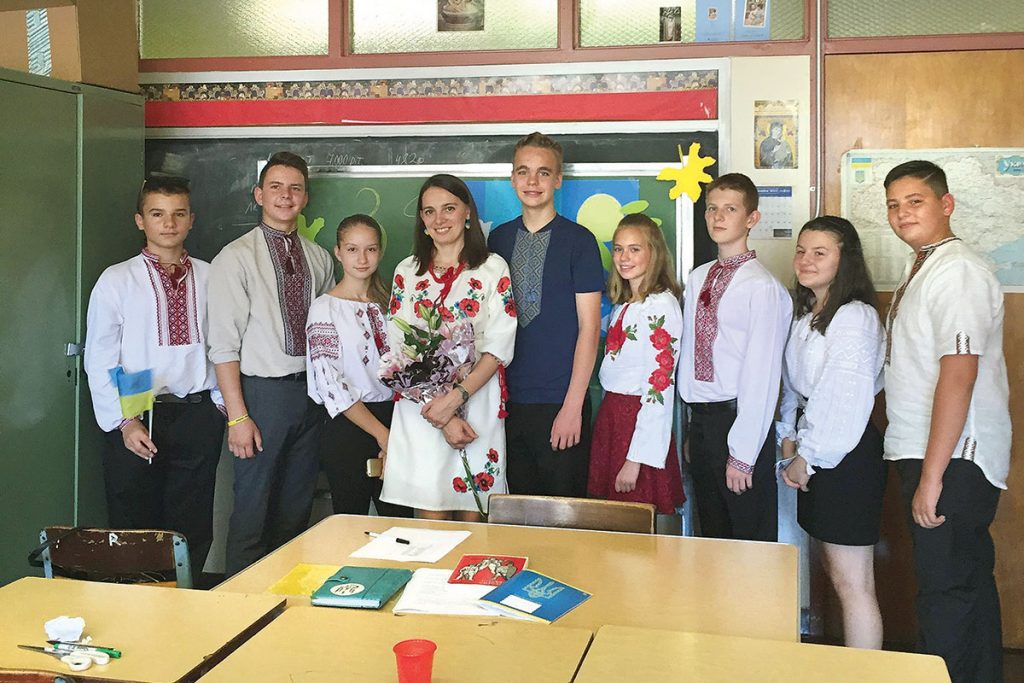 The school attracts families from New York, New Jersey and Connecticut. There were familiar faces, as well as new students and families who joined the school for the first time. Children and their parents come to Ukrainian school because they want to be part of the Ukrainian community, speak the Ukrainian language, learn about its history, culture and literature, and celebrate Ukrainian holidays.

If you happened to be in the “Ukrainian Village” section of Manhattan that day, you could not miss the school because it had big blue and yellow balloons decorating its entrance. The spirit was festive. Everyone was dressed in traditional embroidered shirts and blouses. The students were happy to return to school and meet their friends after the summer break.

It has become the school’s custom to start the school year with a liturgy and a blessing at St. George Ukrainian Catholic Church. Ivan Makar, the principal of the school, welcomed everyone and officially opened the first day of school with a celebratory speech. He emphasized that Ukrainian school plays an even more important role now than ever. “We cannot help build a better future for Ukraine without knowing and respecting its history, culture and traditions. We need to learn about our past in order to be able to help build our future. We are Ukraine here in New York City,” he said.

Natalia Duma, the president of the New York Branch of the Self-Reliance Association, which is the sponsor of the school, expressed her admiration of the younger generation that continues to cherish and promote Ukrainian traditions here in the United States.

After the official ringing of the first bell, everyone passionately sang the Ukrainian national anthem.

It has been over 65 years since the Self-Reliance Saturday School of Ukrainian Studies was founded in New York City. It is an integral part of the Ukrainian diaspora in the U.S. The school plays an invaluable role in the lives of Ukrainian Americans who live so far from their ancestral homeland.