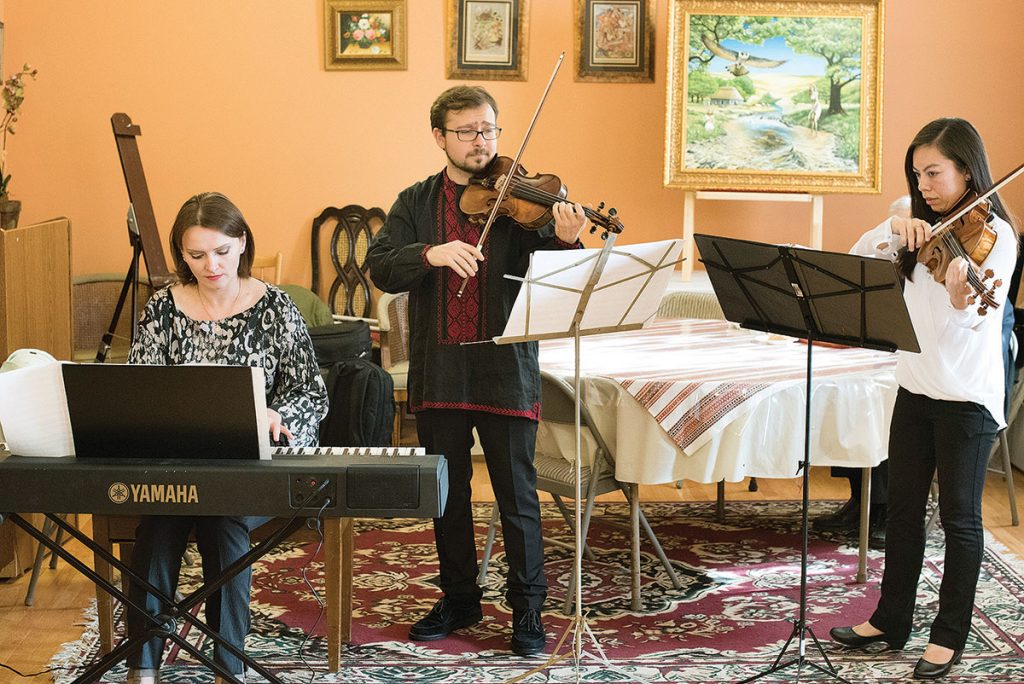 BOSTON – Boston’s Ukrainian Catholic Parish of Christ the King celebrated its patronal feast day on Sunday, October 30, with a special festive liturgy and an open pot-luck buffet in the parish center following the completion of the service.

The celebration attracted many parishioners and guests. All of the food was prepared, donated and served by volunteers from the parish.

The highlight of the 109-year-old parish’s “praznyk” (feast day) celebration was the performance of a number of classical pieces of music by violinists Liubomyr Senyshyn and Lillian-Terri Dahlenburg, who are both graduate students at the Longy School of Music of Bard College in Cambridge, Mass. They were accompanied by Galyna Kryvanych on the piano.

Mr. Senyshyn began his music studies in Ivano-Frankivsk and then graduated from the Mykola Lysenko Lviv National Academy. He has performed with a number of orchestras in Ukraine, Austria, the United Kingdom, Italy, France and the United States.

Ms. Dahlenburg is a native of Melbourne, Australia. She has degrees in violin and viola from the University of Melbourne and an honors degree in viola performance from the Elder Conservatorium of South Australia. She taught viola at Prince Alfred College in Adelaide and was a member of the Zepher String Quartet.

Ms. Kryvanych is a native of Ternopil and has degrees in music, music pedagogy and piano from Odesa Conservatory and Kyiv National Conservatory.