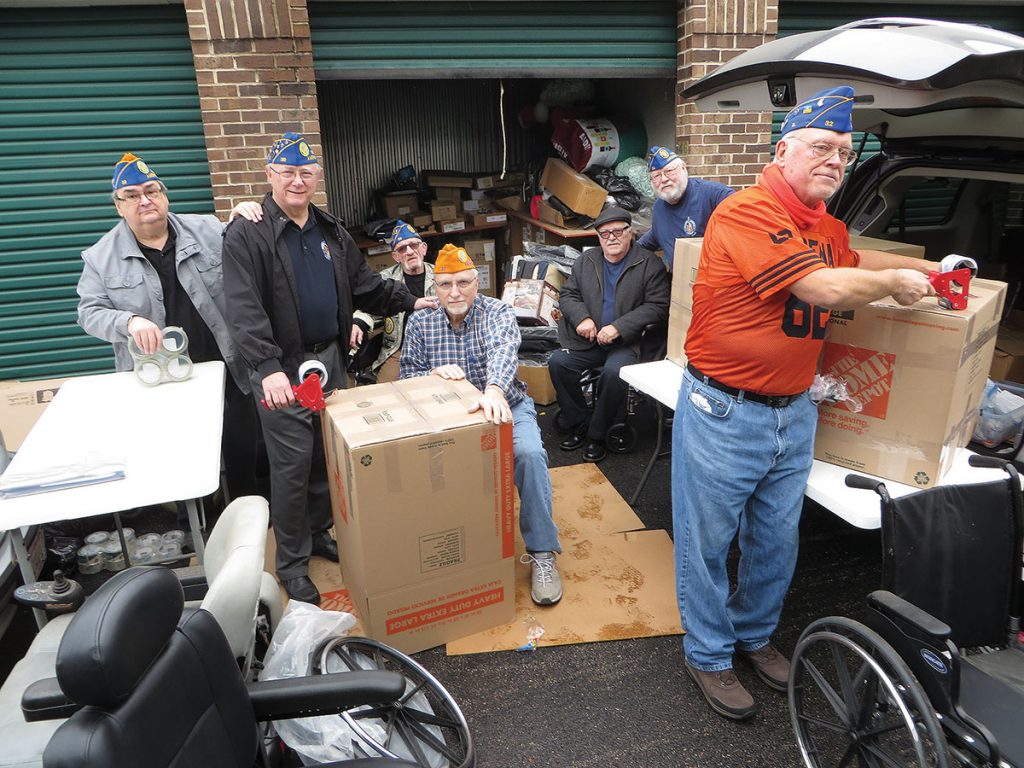 CHICAGO – Since the beginning of the undeclared war between Russia and Ukraine, more than 2,000 Ukrainian soldiers and volunteers have been injured. The nationwide Ukrainian American Veterans organization is committed to helping some of the most seriously wounded.

In 2016, UAV Post 32 of Chicago initiated an effort to raise funds to ship 10 manual wheelchairs and two motorized ones to Ukraine. UAV members collected donations to help cover the cost of shipping and Ukrainian businessman Bohdan Buchwak, owner of the MEEST shipping company, donated the balance of the funds needed. The cargo was sent to Irpin Military Hospital, just outside of Kyiv, where soldiers are brought for treatment and rehabilitation.

This year the National UAV has agreed to underwrite this noble effort and let the Chicago Post 32 spearhead the shipment of the 30 manual and six motorized wheelchairs. Businessman Victor Odarczenko of Inverness, Ill., has retired, and he contributed his remaining inventory of wheelchairs to this project.

Once again the UAV is coordinating with Mr. Buchwak to transport the chairs to Ukraine. John Jaresko, president of St. Andrew Ukrainian Orthodox Parish, coordinated the transportation of these chairs to their shipping point.

The UAV is seeking donation from supporters of the “Wheelchairs for Ukrainian Wounded” project. The UAV has also started a “Go Fund Me” page (gofundme.com/wheelchairs-for-ukrainian-wounded).