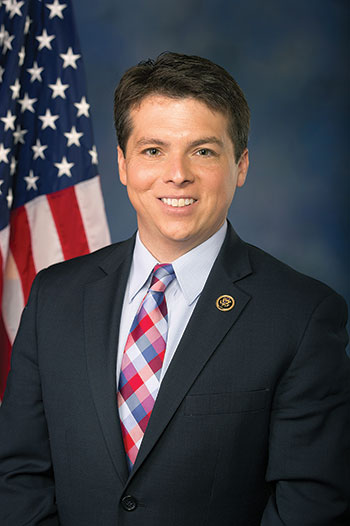 JENKINTOWN, Pa. – Rep. Brendan Boyle, a Democrat who represents Pennsylvania’s 13th Congressional District, held a roundtable meeting with Ukrainian leaders on March 18 at the Ukrainian Educational and Cultural Center in Jenkintown, Pa. Congressman Boyle is a member of the House Foreign Affairs Committee and the Congressional Ukrainian Caucus.

Congressman Boyle updated attendees on current legislation as related to developments in Ukraine. He also spoke about the ongoing impact of Russian interference in U.S. domestic politics.

Additionally, Rep. Boyle discussed other bills introduced in the House of Representatives underscoring non-recognition of the annexation of Crimea and calling for an end to the violence in eastern Ukraine.

He also spoke about the recent bill he and Rep. Brian Fitzpatrick (R-Pa.) had introduced, the Ukraine Cybersecurity Cooperation Act, to encourage cooperation between the United States and Ukraine on matters of cybersecurity The bill also requires the State Department to report to Congress on best practices to protect against cyberattacks.