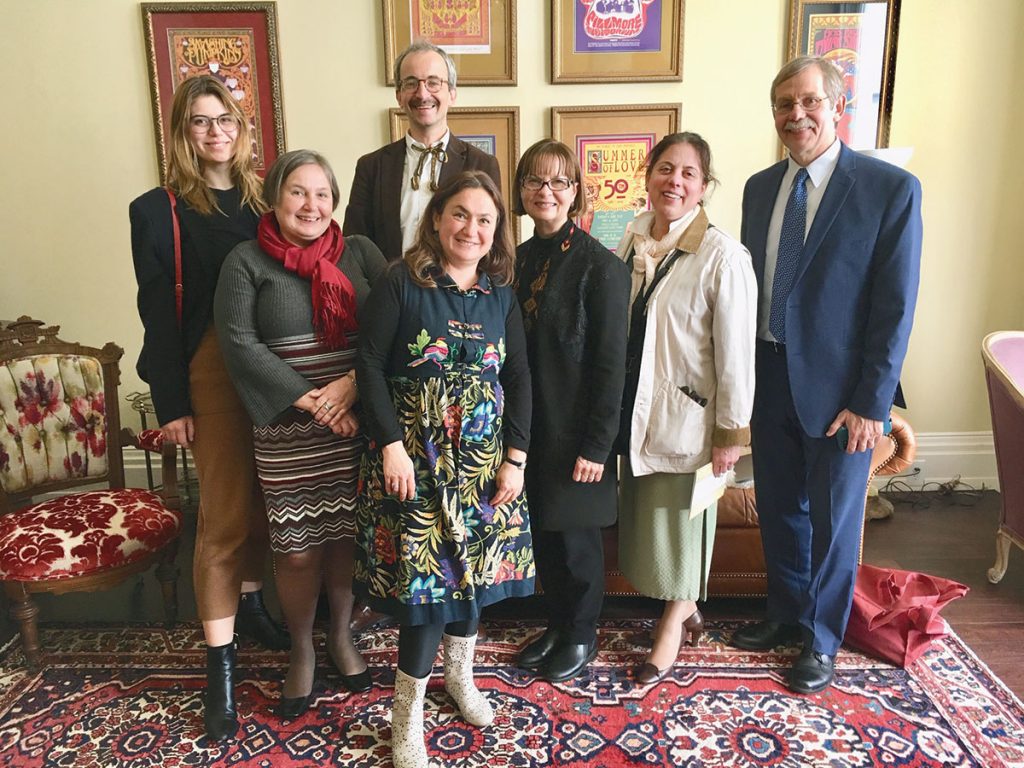 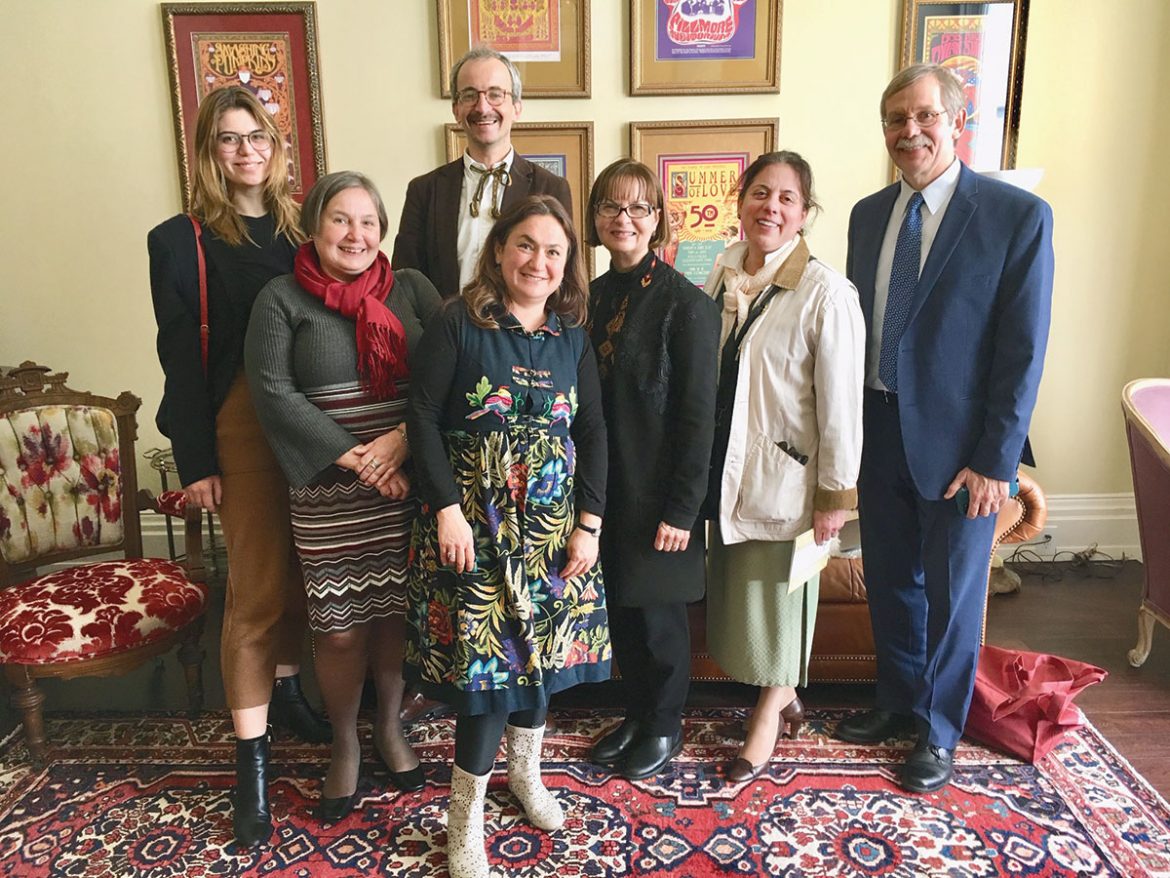 SAN FRANCISCO – The Ukrainian Catholic Education Foundation’s chief development officer, Alexander Kuzma, gave a presentation at St. Ignatius Loyola Church on the campus of the University of San Francisco on the topic “The Ukrainian Catholic Church: From the Soviet Underground to the Revolution of Dignity.” The presentation, delivered on February 10, was part of the Adult Faith Formation Speakers’ Series that the church offers to its parishioners. Following the talk, a group of San Francisco Friends of Ukrainian Catholic University met at the home of Yana Rathman to discuss future events and expanded outreach in the Bay Area to benefit UCU. Seen above (from left) are: Sophia Yushchenko, Olesia Kuzio, Oleh Kuzio, Ms. Rathman, Anne Chermak Dillen, Franca Gargiulo and Mr. Kuzma.