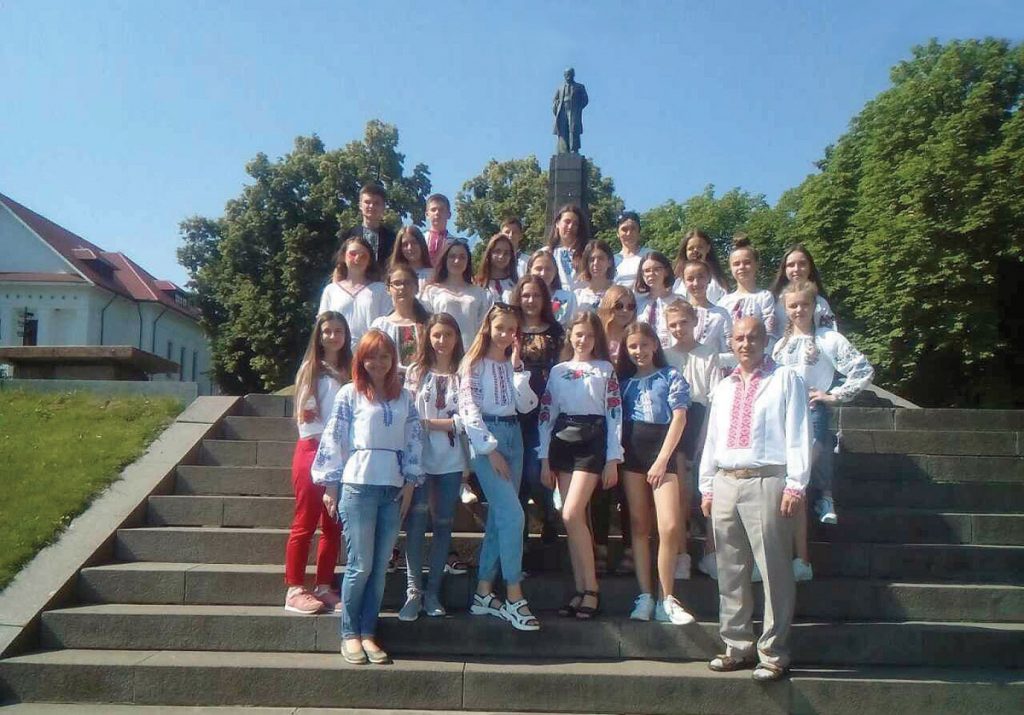 UUARC
Children from Ivano-Frankivsk during their trip to Kaniv.

PHILADELPHIA – The contest “Going from Childhood to Taras” is one of many programs in Ukraine sponsored by the United Ukrainian American Relief Committee (UUARC). The purpose of this competition is to promote and foster patriotism and identity among the youth of Ukraine through study and recitations of poems by Taras Shevchenko.

The winners of the contest – 28 children from Luhansk Oblast (in May), 27 each from the oblasts of Ivano-Frankivsk and Donetsk (in June), and 28 from Mykolayiv Oblast (in August) – were rewarded with a trip to Kyiv, the capital of Ukraine, and Kaniv, where the poet is buried.

In Kaniv, they paid their respects to the national bard of Ukraine, recited his works and sang songs. The children enjoyed an excursion to the Shevchenko Museum and also to Monk’s Hill (“Chernecha Hora”), where they could take in the amazing scenery of the mighty Dnipro River.

In Kyiv, they visited various memorable sites: St. Sophia Square, St. Michael Square and the Heroes’ Alley of the Heavenly Hundred, dedicated to those who perished on the Maidan during the Revolution of Dignity.

The children returned home – to Ivano-Frankivsk, Luhansk, Donetsk and Mykolaiv oblasts – tired, but happy. Such contests not only allow them to see the beautiful capital of their country and Shevchenko’s burial mound, but also enable them to experience life-changing moments in their attitude toward their native land.